Each Star Wars SVG Design above comes in a single ZIP file with the following file formats:

Star Wars Episode I – The Phantom Menace Storyline: The evil Trade Federation, led by Nute Gunray is planning to take over the peaceful world of Naboo. Jedi Knights Qui-Gon Jinn and Obi-Wan Kenobi are sent to confront the leaders. But not everything goes to plan. The two Jedi escape, and along with their new Gungan friend, Jar Jar Binks head to Naboo to warn Queen Amidala, but droids have already started to capture Naboo and the Queen is not safe there. Eventually, they land on Tatooine, where they become friends with a young boy known as Anakin Skywalker. Qui-Gon is curious about the boy, and sees a bright future for him. The group must now find a way of getting to Coruscant and to finally solve this trade dispute, but there is someone else hiding in the shadows. Are the Sith really extinct? Is the Queen really who she says she is? And what’s so special about this young boy? 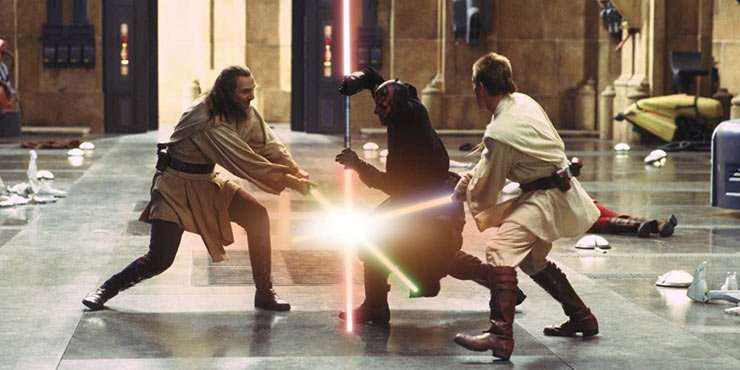 Star Wars Episode II – Attack of the Clones Storyline: Ten years after the ‘Phantom Menace’ threatened the planet Naboo, Padmé Amidala is now a Senator representing her homeworld. A faction of political separatists, led by Count Dooku, attempts to assassinate her. There are not enough Jedi to defend the Republic against the threat, so Chancellor Palpatine enlists the aid of Jango Fett, who promises that his army of clones will handle the situation. Meanwhile, Obi-Wan Kenobi continues to train the young Jedi Anakin Skywalker, who fears that the Jedi code will forbid his growing romance with Amidala. 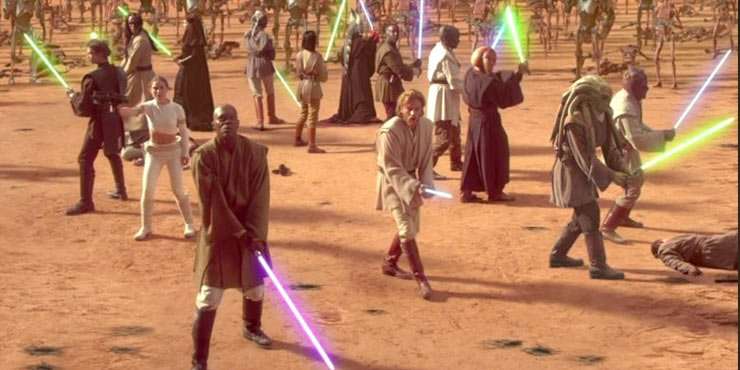 Star Wars Episode III – Revenge of the Sith Storyline: Nearly three years have passed since the beginning of the Clone Wars. The Republic, with the help of the Jedi, take on Count Dooku and the Separatists. With a new threat rising, the Jedi Council sends Obi-Wan Kenobi and Anakin Skywalker to aid the captured Chancellor. Anakin feels he is ready to be promoted to Jedi Master. Obi-Wan is hunting down the Separatist General, Grievous. When Anakin has future visions of pain and suffering coming Padmé’s way, he sees Master Yoda for counsel. When Darth Sidious executes Order 66, it destroys most of all the Jedi have built. Experience the birth of Darth Vader. Feel the betrayal that leads to hatred between two brothers. And witness the power of hope. 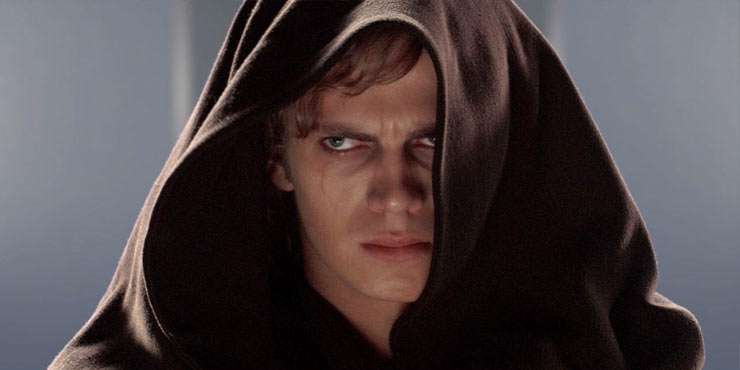 Star Wars IV Storyline: The Imperial Forces, under orders from cruel Darth Vader, hold Princess Leia hostage in their efforts to quell the rebellion against the Galactic Empire. Luke Skywalker and Han Solo, captain of the Millennium Falcon, work together with the companionable droid duo R2-D2 and C-3PO to rescue the beautiful princess, help the Rebel Alliance and restore freedom and justice to the Galaxy. 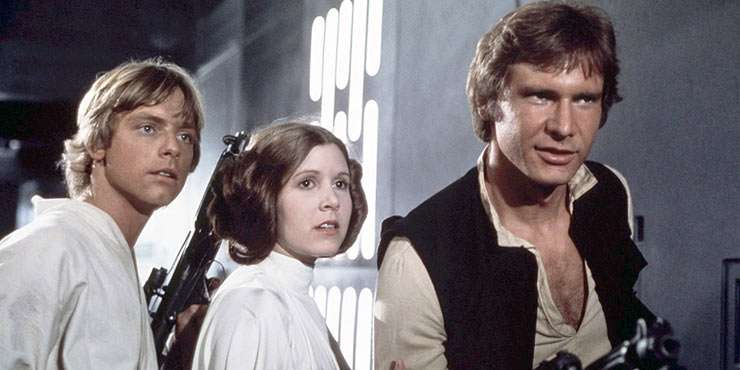 Star Wars Episode V – The Empire Strikes Back Storyline: Luke Skywalker, Han Solo, Princess Leia and Chewbacca face attack by the Imperial forces and its AT-AT walkers on the ice planet Hoth. While Han and Leia escape in the Millennium Falcon, Luke travels to Dagobah in search of Yoda. Only with the Jedi Master’s help will Luke survive when the Dark Side of the Force beckons him into the ultimate duel with Darth Vader. 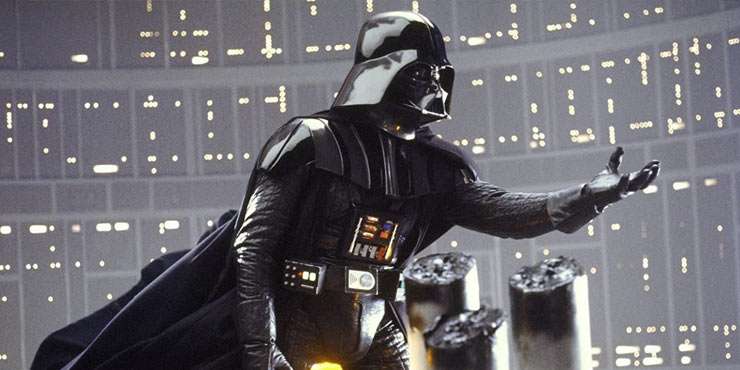 Star Wars: Episode VI – Return of the Jedi Storyline: Luke Skywalker battles Jabba the Hutt and Darth Vader to save his comrades in the Rebel Alliance and triumph over the Galactic Empire. Han Solo and Princess Leia reaffirm their love, and team with Chewbacca, Lando Calrissian, the Ewoks, and droids C-3PO and R2-D2 to aid in the disruption of the Dark Side, and the defeat of the evil emperor. 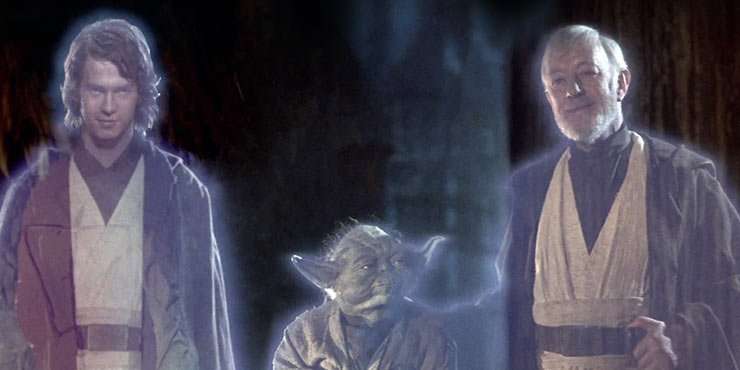 What You Need to Make Star Wars DIY Shirts:

Others amazing things you can make with Star Wars SVG Files: